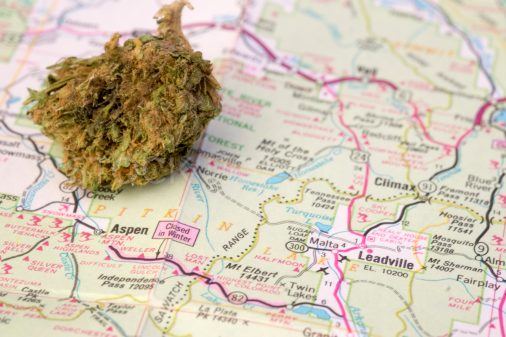 The impending election and possible legalization of recreational marijuana use in California with Proposition 64 have cannabis enthusiasts, patients, and entrepreneurs thinking ahead to how this may affect the state of California. Will California become the new place to go for “Canna-Tourism”?

Canna-Tourism is a growing form of travel in which cannabis users voyage to marijuana-friendly destinations (usually states that have legalized recreational cannabis use) to experience a variety of cannabis-centric tourist activities.

Officially, 5 states have referendums on the ballot for this November that will make recreational cannabis use legal (Arizona, California, Nevada, Maine, and Massachusetts). While the specific legality of each proposition lends itself to regulation in varying degrees, each of these states may be subjected to a surge in new tourism if passed. Below is a brief breakdown of each state’s proposal:

Arizona: Prop 205- People 21 years and older will be permitted to use cannabis in designated, private areas, can possess up to one ounce of marijuana, and can grow up to 6 cannabis plants. A 15% tax will be placed on marijuana sales.

California: Prop 64- People 21 years and older will be permitted to use cannabis in designated, private areas, can possess up to 28.5 grams of marijuana, 8 grams of concentrated marijuana, and can grow up to 6 cannabis plants as long as the area is locked, and out of public view.

Two new taxes will be placed on the sale of cannabis. The first one is a cultivation tax that will be $9.25 per ounce for flowers and $2.75 per ounce for leaves. The second is a 15% tax on marijuana sales. 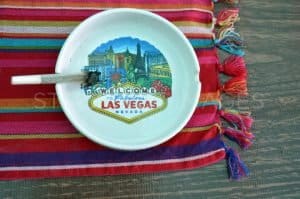 Nevada: Question 2- (“Props” are known as “Questions” in the following states) People 21 years and older will be permitted to use cannabis in designated, private areas, can possess up to one ounce of marijuana, or one-eighth of concentrated marijuana, and can grow up to 6 cannabis plants in a private, locked area. An annual excise tax of 15% will be placed on marijuana sales.

Maine: Question 1-People 21 years and older will be permitted to use cannabis in designated, private areas, can possess up to one ounce of marijuana, and can grow up to 6 cannabis plants. A 10% tax will be placed on marijuana sales.

In addition to this, they can also give away up to an ounce of cannabis to another individual 21 years of age or older, and possess and produce hemp products. There will be an excise tax of 3.75% on revenue.

Current “Canna-Tourism” in the US

Currently, recreational marijuana use is already legal in 4 states (Washington, Oregon, Alaska, and Colorado). When it comes to canna-tourism, Colorado is by far the most popular and publicized, possibly due to their extra attention to tourism advertising, and their support for cannabis-friendly companies. 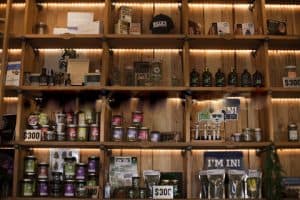 Colorado has seen a significant increase in tourism since the passing of recreational marijuana use. In 2015, 16.4 million people traveled to Colorado, which is 1 million more than in 2014. A study conducted by Strategic Marketing and Research Insights found that 22% of tourists who responded to the study said that marijuana was “extremely influential” when deciding to travel to Colorado, 20% said it was “very influential”, and 7% said it was “somewhat influential”.

This influx has opened doors and windows for hospitality and tourism companies looking to cash in on the canna-tourism industry. People traveling through the Centennial State can pick from a variety of cannabis-centric attractions.

Some of these include: Cannabis tours like My 420 Tours (similar to a wine tasting tour, visitors travel to different dispensaries and grow houses/facilities), Cannabis classes (think-How To Roll the Perfect Joint + THC cooking classes), and Cannabis Friendly lodging (although they only allow vaping).

Is California the Next Premier Canna-Tourism Destination?

While all 5 of the states with cannabis on the ballot can likely expect an increase in tourism if the initiatives pass, California may be expecting the biggest surge in Canna-Tourism due to it’s position as an existing popular travel destination. Some are saying that rather than a “Gold Rush”, California should be preparing for modern “Green Rush”.

“…[Recreational Marijuana] could be very, very big. Medical marijuana infuses $2.7 billion a year into the California economy, and market watchers expect the pot economy to more than double if California voters legalize adult use this fall. …Everyone from local government officials and almond growers to millennial tech execs and manufacturers of inventory-tracking systems are lining up to get their piece.”

The growing medical marijuana industry in California is a clear precursor of what’s to come when recreational marijuana is made legal. Patients traveling through California are already quick to acquire medical cannabis cards so that they can explore the thousands of dispensaries across the state.

This has been made even easier through the introduction of telemedicine. Patients can now easily connect with licensed doctors to get their cannabis cards and recommendations through webcam appointments. Various websites, such as www.prestodoctor.com, have made it even easier for residents and tourists in California to legally access cannabis.

Many dispensaries are acquiring on-site consumption permits, allowing for patients to use edibles, topicals, and vaporizers, in “lounge” areas. Undoubtedly, there will continue to be legal restrictions moving forward with recreational cannabis use, but consumption lounges could open a slew of doors for even more revenue production. If dispensaries play their cards right, California consumption lounges could potentially be as prevalent as the well-known cannabis “Coffee Shops” in popular tourists destinations like Amsterdam. 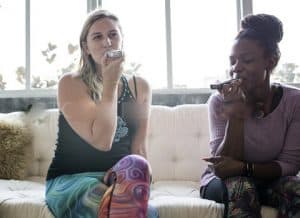 Already, cannabis events, socials, and parties in California are taking over calendars. Cannabis card holders can have a THC infused meal made by Los Angeles based Christopher Sayegh (a.k.a The Herbal Chef). Cannabis consumers can explore dating and relationships with a certified Cannabis Friendly Life Coach and Dating Expert through the company, Highly Devoted. And, card holders have their pick of Cannabis Expos, including the ever-popular Cannabis Cup and Hempcon.

With November just around the corner, California residents should prepare themselves, because the Golden State could very well become the new mecca for Canna-Tourism. According to the 2015 Tourism Economics, from the US Department of Commerce, California made $122.5 billion in tourism revenue last year, which is already a 3.4% increase from 2014. 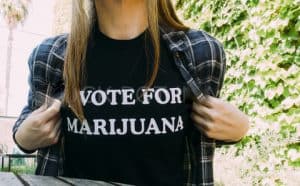 Travel expenditures in 2015 generated $4.6 billion in local taxes and $5.3 billion in state taxes. Considering the cultivation and revenue taxes that will be placed on recreational cannabis, California could be looking at a large increase in sums, come 2017.

While Arizona, Nevada, Maine, and Massachusetts all have recreational marijuana on their ballots, and, if passed, all will see numbers rise, California is likely to see the fastest increase in tourism with the passing of Prop 64. According to the Marijuana Policy Project, there are upwards of 2,151,724 medical marijuana patients in the U.S., with California accounting for more than 715,133 of the patients.

With numbers like these, one can only assume how many recreational users are unaccounted for. The numbers speak for themselves- California may soon be the new Colorado of Canna-Tourism.