The idea of your healthcare insurance paying for medical cannabis costs has been just that to this point: an idea. That, however, could change in the years to come.

Today, growing support from medical professionals and patients alike shines a brighter light on a dark issue in modern American medical care. The increased attention couldn’t come at a better time. With insurance providers handcuffed by federal regulations, a massive change needs to happen for any positive outcome. However, recent incremental developments may provide the first progressive steps in a long road ahead.

Why Your Insurance Paying for Medical Cannabis Isn’t Happening in the U.S.

Several reasons explain why your health insurance paying for medical cannabis isn’t a current reality. Overall, however, the reason boils down to the federal government’s unwillingness to reschedule cannabis from its current schedule one status.

Consequently, insurance providers are incredibly reluctant to cover anything associated with medicine not approved by the Food and Drug Administration (FDA). Therefore, even if a provider wanted to cover cannabis claims, they are almost always compelled to not provide coverage for the risk it has on their own business and other liabilities.

Conversely, patients can receive coverage for synthetic cannabis, like Marinol, through insurers. However, patients have complained about its immediate effectiveness and high risk for anxiety and depression.

The illegality of cannabis effects research into the field as well. Thus, a vicious cycle of misinformation and unwillingness to learn has gone on in the medical field for roughly a century. With insurance providers and physicians leery of recommending cannabis, why study it at all?

Granted, the times are changing. Today, a growing number of physicians are educating the public and practitioners alike on the possible benefits of medical cannabis. As support and knowledge increases, the chances for rescheduling cannabis do as well. With President Trump recently saying that he would ‘probably’ back a marijuana protections bill, it gives supporters another vague sign of hope.

A Couple of Recent Notable Cases

The overwhelming evidence at this point suggests that insurance won’t cover your medical cannabis costs. However, two recent examples opened the door to the possibility of becoming a reality.

In May of this year, a New Jersey lumber employee, Andrew Watson, won his case to have his medical cannabis costs covered by his employer as part of his worker’s compensation. Watson believed his work-related injury would cover medical cannabis, and only stopped using it when his purchases weren’t covered under his compensation plan. In a state where the average ounce costs between $400 and 500, Watson’s reasoning made sense.

Administrative Law Judge Ingrid L. French was convinced with Watson’s evidence as well. Judge French stated that “The effects of the marijuana, in many ways, is not as debilitating as the effects of the Percocet…As a result of [Watson’s] improved pain management, he has achieved a greater level of functionality…His approach to pain management [is] cautious, mature and overall he is exceptionally conscientious in managing his pain.”

While the win is significant, it does not address insurance providers. In contrast, one of the few on-record statements on health insurance comes from New York State. In April 2017, the Department of Financial Services reminded all insurers that they must provide coverage for all office visits for covered services.

The remainder was a direct response to medical cannabis. Superintendent Maria Vullo wrote that, “DFS is reminding insurers today of their obligation to provide coverage for healthcare services, and that they cannot deny coverage just because a doctor may provide a medical marijuana certification as part of an otherwise covered office visit.”

The announcement provides clarity on residents coverage, though it did not address insurance paying for medical cannabis itself. Still, the finding represents the minor progress made on the matter to date.

The Concerns Over Cost 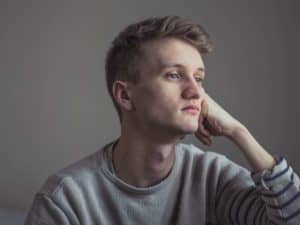 New Jersey is far from alone when it comes to worries over pricing. In California, its adult use market has significant room to improve after just over six months of operation. Today, costs are soaring and could go even higher in some parts of the state. One anonymous dispensary buyer told Leafly that, “People don’t blink at $75 an eighth…Is $90 an eighth insane?”

In short, yes. Yes, it is – but that is the current market in California.

The lack of retailers and an oversupply in the Golden State leaves consumers stuck with high prices, or turning back to the black market. The problem is compounded for medical cannabis users that saw some of their favorite products, like edibles, almost double in cost at the start of the legalized market on New Year’s Day of 2018.

States like Louisiana are worrying as well. With its marketplace set to open sooner than later, a growing number of patients fear the impact their bank accounts face just for getting their medicine. Tony Landry, a Navy Veteran, and advocate for the Louisiana Veterans for Medical Cannabis spoke of the patients that could be most impacted, veterans and the disabled. “I’m thinking it’s going to be $250 to $300 a month. Plus the patients are required to go see their doctors every three months.”

States like Louisiana, New Jersey, and California all face extreme blowbacks due to high costs. If insurance paying for medical cannabis isn’t an option, then what is? In most cases, it leads to the black market, insurance covered drugs, or remaining in pain.

Regardless of the choice, one thing is clear: patients deserve affordable access to medicine that works. However, until cannabis is rescheduled, Americans, at least, will likely not see much of a change.

Despite the currently bleak prospect, it’s best to remain active in the cannabis movement. Let your voice be heard by voting and communicating with local, state and federal officials. Remember that cannabis is rapidly evolving. What looks bleak today, could turn into a brighter tomorrow sooner than later.

The results are in! Cannabis will now be legal for

Hey New Yorkers! 🗽 As of today, October 5th, re