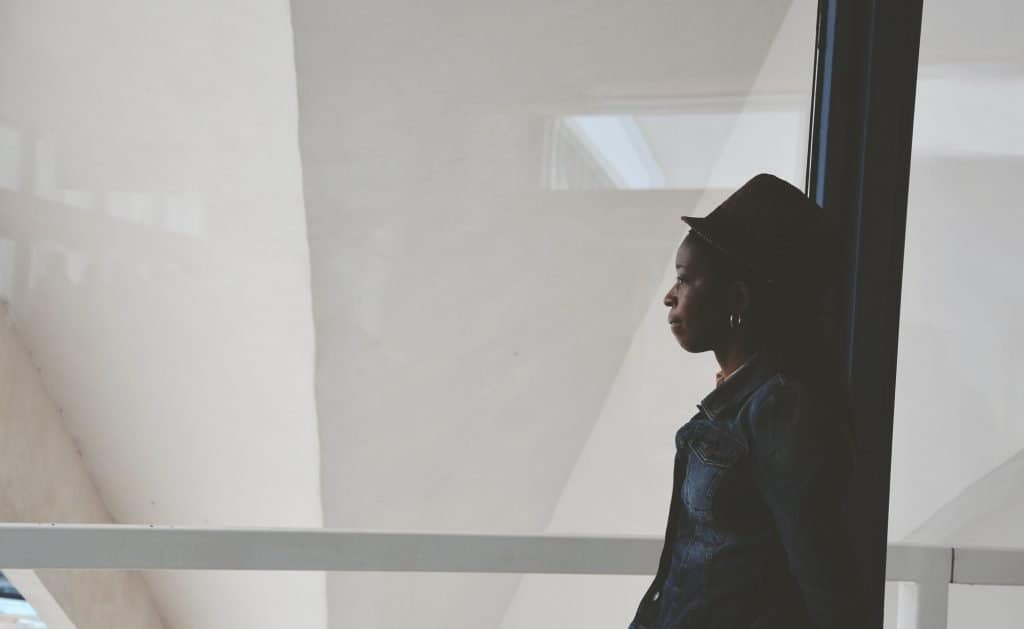 For instance, how are African Americans, Latinos, and other ethnicities represented, and what types of organizations and benefits are they establishing within the industry?

African Americans in the Cannabis Industry

African Americans have been underrepresented in the cannabis industry to date, and factors such as socioeconomics, the high cost of starting and keeping a cannabis business running, and America’s history of handing down “unduly harsh” sentences to people of color involved in marijuana violations over the past few decades are still hindering participation.

According to the ACLU, there were 8.2 million marijuana arrests over the nine years from 2001 to 2010, and 88% of those were for simple possession of marijuana – African Americans are nearly four times as likely to be arrested for marijuana than whites.

These barriers help explain the reticence or inability of many people of color to participate in the U.S. cannabis industry. Below are a few African American entrepreneurs who have made a name for themselves in the industry.

Rob Tankson, III is the co-founder of California’s popular and enterprising service PrestoDoctor which connects medical cannabis patients for doctor recommendations online. The service eliminates waiting in lines and filling out paperwork at different locations to fill a prescription.

One patient noted that the video consultation with doctors and the efficiency of the program was “refreshing.” PrestoDoctor uses the “online telehealth” method of doctor consulting and medical cannabis recommendation to make life easier for patients.

First, California patients sign up for a PrestoDoctor account and complete a profile; second, they choose a doctor and video appointment time for a conference; and third, they receive a digital recommendation instantly (the paper one comes in the mail). That’s it! A photo ID card, access to Presto’s Insider Club, and discounts are included in the $69 cost. Genius, isn’t it? Yes, it is. 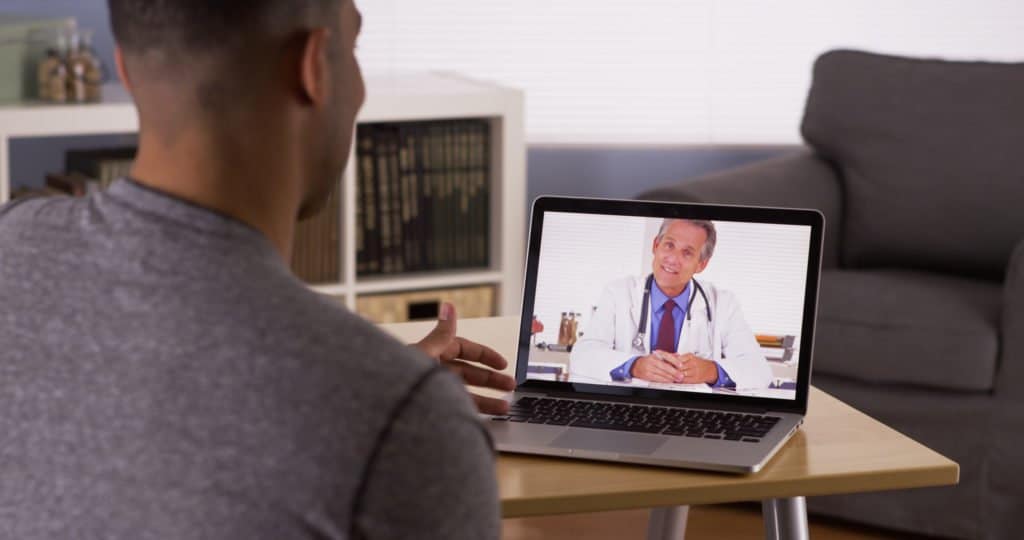 Rob Tankson’s experience is in investment management, and he’s worked for many technology and finance companies, including Google. Rob believes minorities were adversely affected by the U.S. war on drugs. He states:

“Anything that is considered a drug is frowned upon traditionally and thus there is still a fear amongst minorities to get involved…negative stigma, religion, family members with a history of excessive use, the thought that cannabis retail shops would have a negative impact on minority communities…[are all to blame for the lack of diversity in the cannabis industry].”

Consistent and positive education on the benefits of cannabis, the presence and success of other African Americans, increased minority loan access, and the erosion of outdated beliefs can help increase the number of African American cannabis entrepreneurs.

For those considering starting a cannabis-based business, Tankson recommends finding a “support network of like-minded people” to provide positive feedback and encouragement – communication to friends, family, and communities about the benefits of cannabis is the best step toward diversifying the cannabis industry.

Tankson advises entrepreneurs to pursue their ideas, even if someone else has already thought of them. The future of cannabis for Tankson is risk-taking, scientifically researched and regulated, with similarities to the current alcohol and tobacco industries.

You may not have heard Tracey Henry’s name, but many industry insiders certainly have. Like many of us, Henry works behind the scenes to keep people in the industry connected and thriving – putting people together through Type A Media, a cannabis lifestyle communications and public relations business out of New York and California.

Henry and her business partner Brenda Loughery have a combined 20 years of experience in their field and helped pioneer cannabis communications. They became interested in medical cannabis after Tracey survived cancer and Brenda’s father passed from esophageal cancer. The pair is exceedingly professional, welcoming and honest. I talked with Tracey concerning her experience in the cannabis industry, and her feelings on diversity and African Americans within it.

Tracey was initially worried about the example she was setting for her son – what would other people think of her career choice? She feared community isolation, high levels of scrutiny, entrenched socioeconomic barriers, and opposition from communities of color. Despite her worries, she pushed forward, and her business has proven highly successful, even in a state like New York where recreational cannabis is still illegal, and medicinal laws are very restrictive.

“I recall viewing photos from a [cannabis] industry event where I didn’t see any people of color. Maybe some were there, but there were no photos of them…it disturbed me because people need to see that people like them are involved in legal cannabis.”

Tracey was raised on Essence, Ebony, and Black Enterprise because “those were the only publications telling our stories,” and could envision those same types of publications and media developing within the cannabis industry. She tries to extend her influence to shed light on minorities in the business whenever possible and recommends Supernova Women and the Minority Cannabis Business Association for people of color considering the jump into the cannabis industry.

A support network is essential to success, especially when other staples of the community are not being inclusive. To that end, Henry recommends getting to know other African American cannabis businesspeople, as well as others who support the cause. 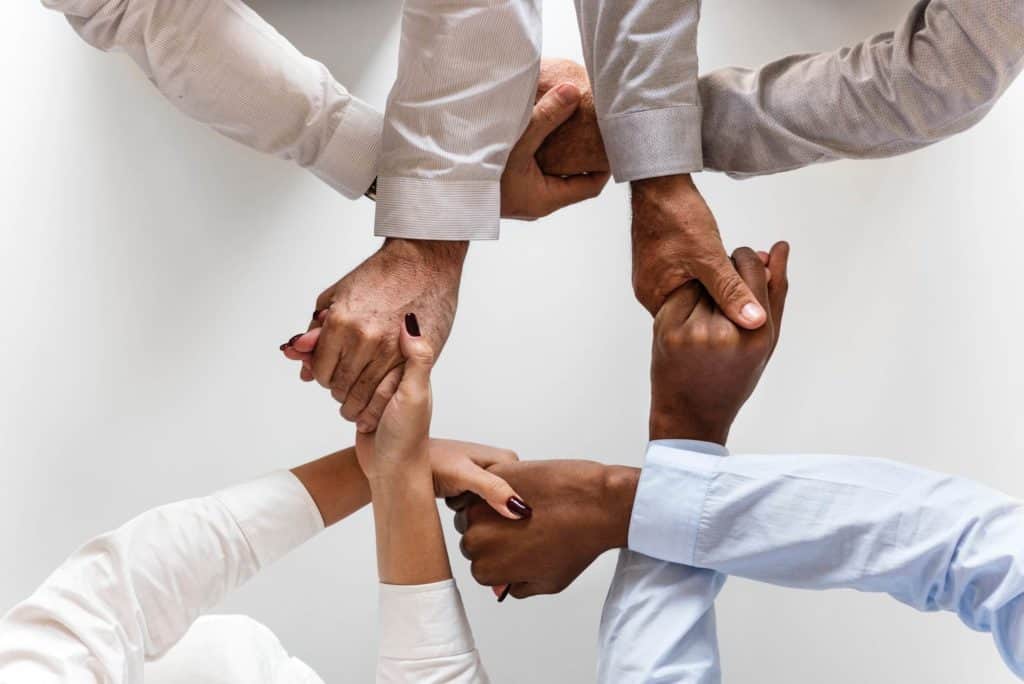 Wanda James and Scott Durrah are the owners of Simply Pure, a dispensary in the Highland neighborhood of Denver and Colorado’s first black-owned dispensary.

Both are cannabis legalization activists and entrepreneurs – they know their way around politics, dispensaries, and restaurants (check out Jezebel’s Southern Bistro).

James’ Cannabis Global Initiative is a “specialized public relations and marketing firm” focused on the cannabis industry. Scott, a well-known cannabis chef and previous owner of 8 Rivers, contributed his culinary cannabis expertise to The Cannabis Kitchen Cookbook, including mouthwatering recipes like a cannabis-infused mango vinaigrette and a pork loin stuffed with cannabis and walnuts.

Simply Pure dispensary provides medical and recreational marijuana products to its clients and hopes to offer cannabis cooking classes soon. Wanda responded to my questions about diversity in the cannabis industry with her unique point of view, pointing out that fear may be the main barrier to increased African American business presence.

James means “fear of arrest, not trusting the system,” and points out that the “prison industrial complex has done a great job convincing black people that locking up our children is a good idea.” James points out that the negative portrayal of cannabis in government and by religious figures has “shamed” people of color out of the industry.

James calls on everyone in the black community, from politicians to clergy to parents to stop allowing children of color to be targets of unfair arrests, suspensions, and convictions of cannabis-associated crime. James asks people of color in the community to be present and vocal at cannabis industry regulatory discussions and meetings in order to prevent the banning of people with drug convictions (which she accurately calls a Jim Crow law) and minority industry partnerships.

Using individual talents to support and engage in the cannabis industry is the best path toward opportunity for people of color, and she sees the future cannabis industry as being similar to the current wine industry, with niches for large establishments and boutique cannabis produce producers; she also believes that “Big Pharma will hijack the medical sales” and that the cannabis supplement will be its next big product.

In many legal states, the African American cannabis business owner presence is growing, but at a much slower pace than it should be. Like many others, the African American community may have been awaiting the federal government’s decision in July on whether or not to reschedule cannabis – or they may have simply had enough of racist regulations and trying to compete with conservative millionaires for a share of the cannabis industry.

Either way, there are certainly those like Rob Tankson of PrestoDoctor, Sue Taylorof iCANN Health Center (America’s first black, senior citizen medical cannabis dispensary owner), Corey Barnette of District Growers in D.C., Wanda James and Scott Durrah of Simply Pure, Dan Pettigrew of Viola Extracts, and Oren Lomena of “The Graux” talk show out there, using their honed business skills and other abilities to promote and set an example for future African American cannabis industry entrepreneurs.